Laura is often featured in the press and on television …

Laura recently appeared on British TV. She was interviewed sculpting her latest Ella Fitzgerald bronze, which also appeared in the Bristol Jazz Festival in March 2015.

In 2012 she prepared one of the Swans of Wells for the Queen’s Jubilee and she has also been presented to HRH The Princess Roal for her work on The Millenium Bridge project in the southwest of England.

Her sculpture of the international rock band, U2, headlined newspapers in 2005 when it made £22,000 at a charity auction, endorsed by Bono himself.

Michael Eavis (CBE and creator of the Glastonbury Festival) has agreed to have the John Lennon Peace statue at next years’ Glastonbury festival 26-30 June 2019 which will be its second location after Liverpool. This will be shown in front of the CND tent (www.cnduk.org)

This project is not sanctioned by or connected in any way with the Estate of John Lennon.
This is an independent project by Laura Lian. 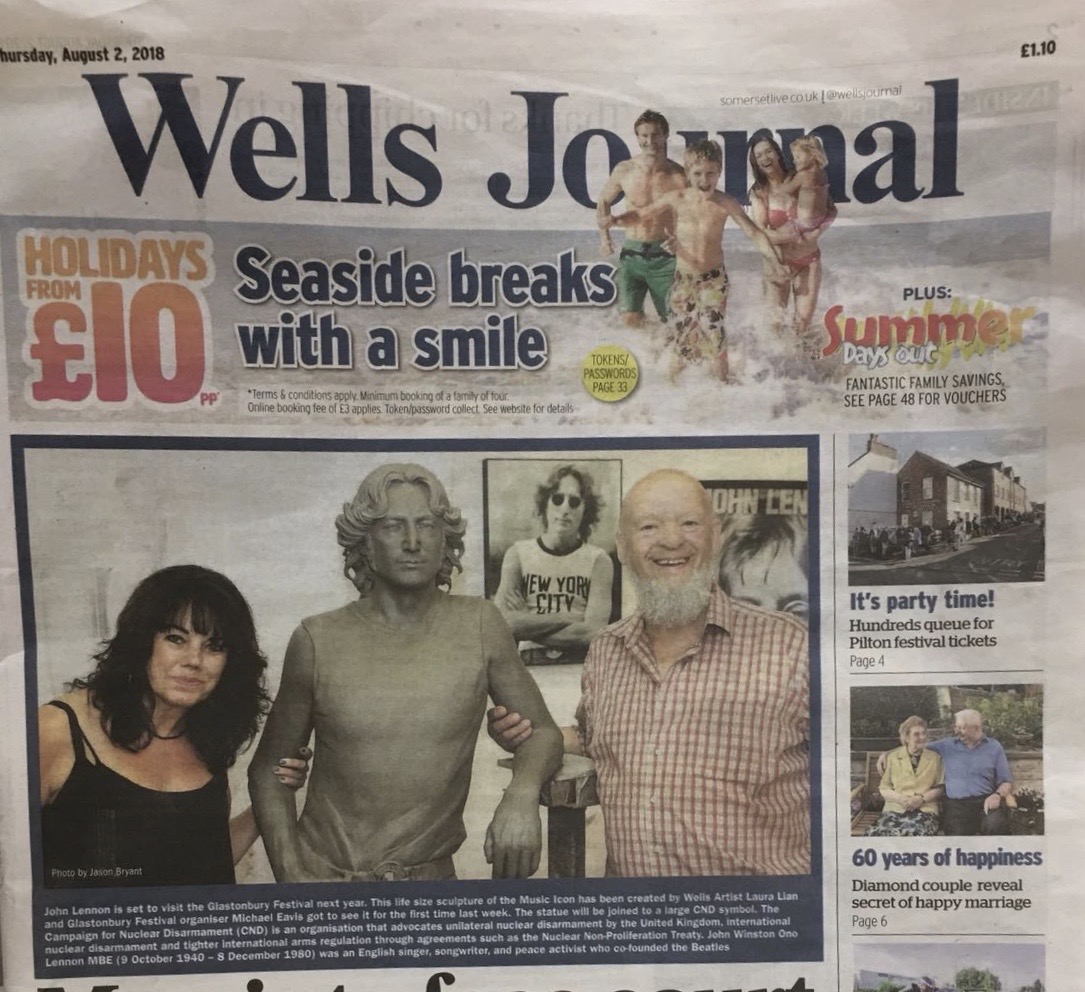 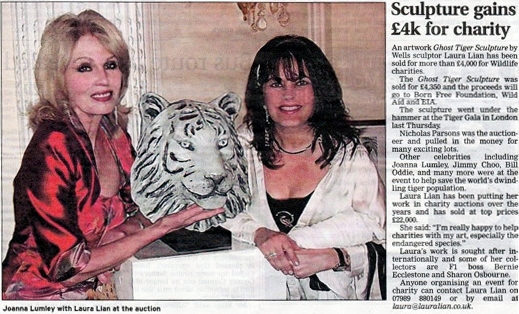 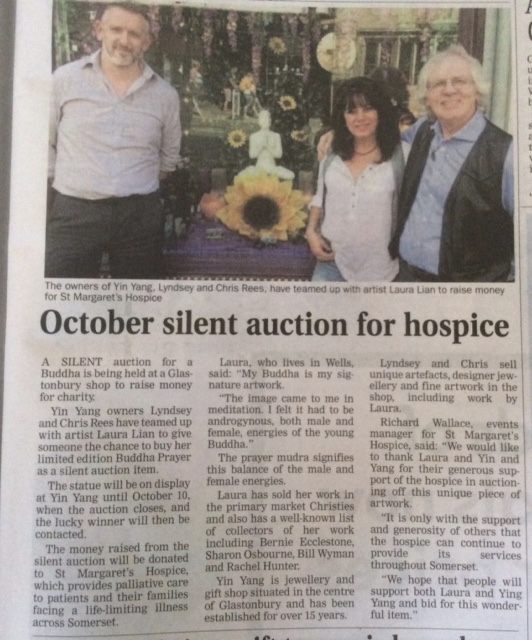 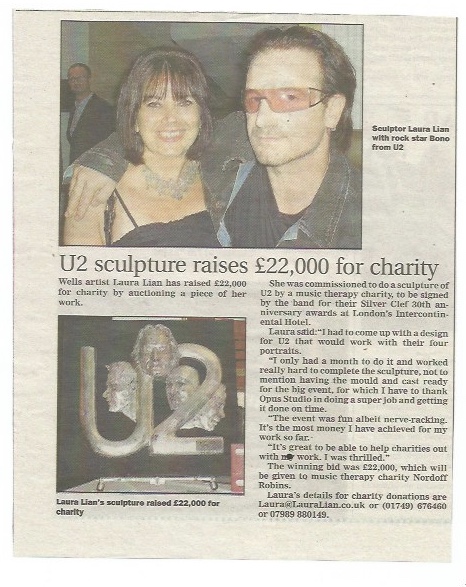 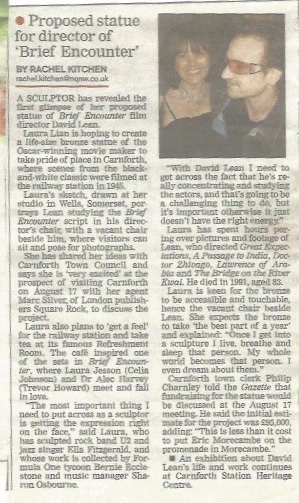 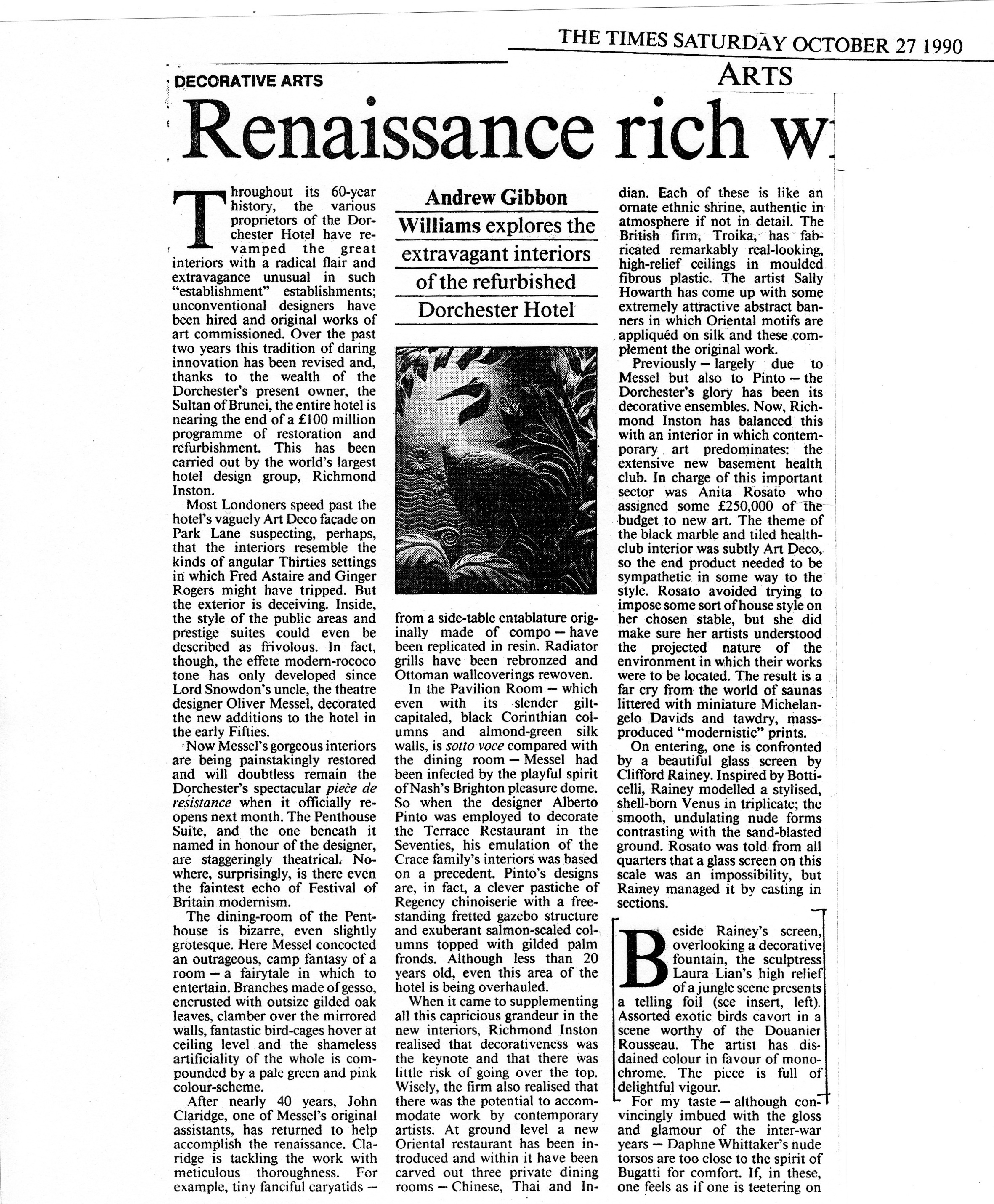 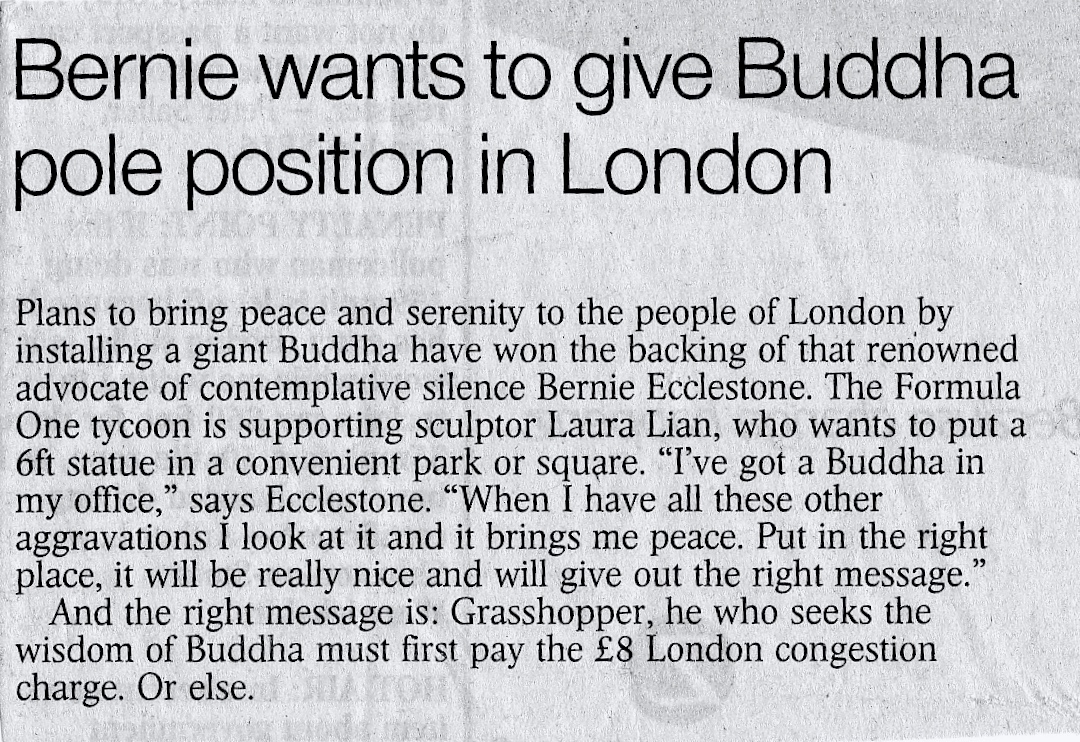 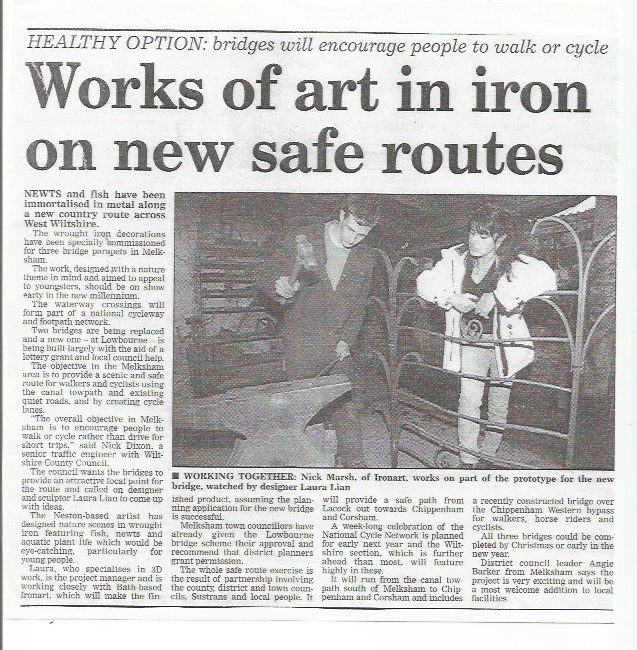 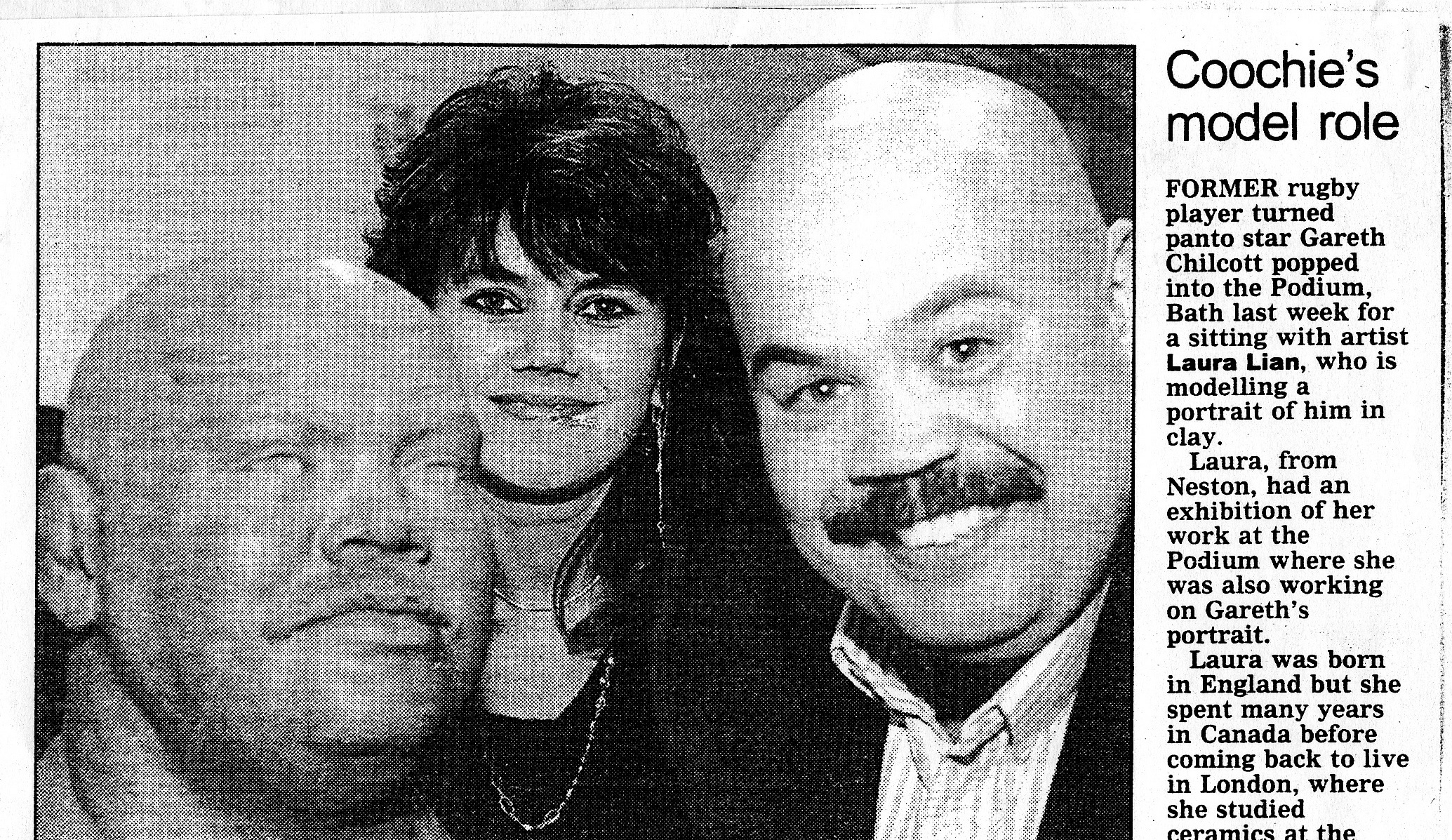 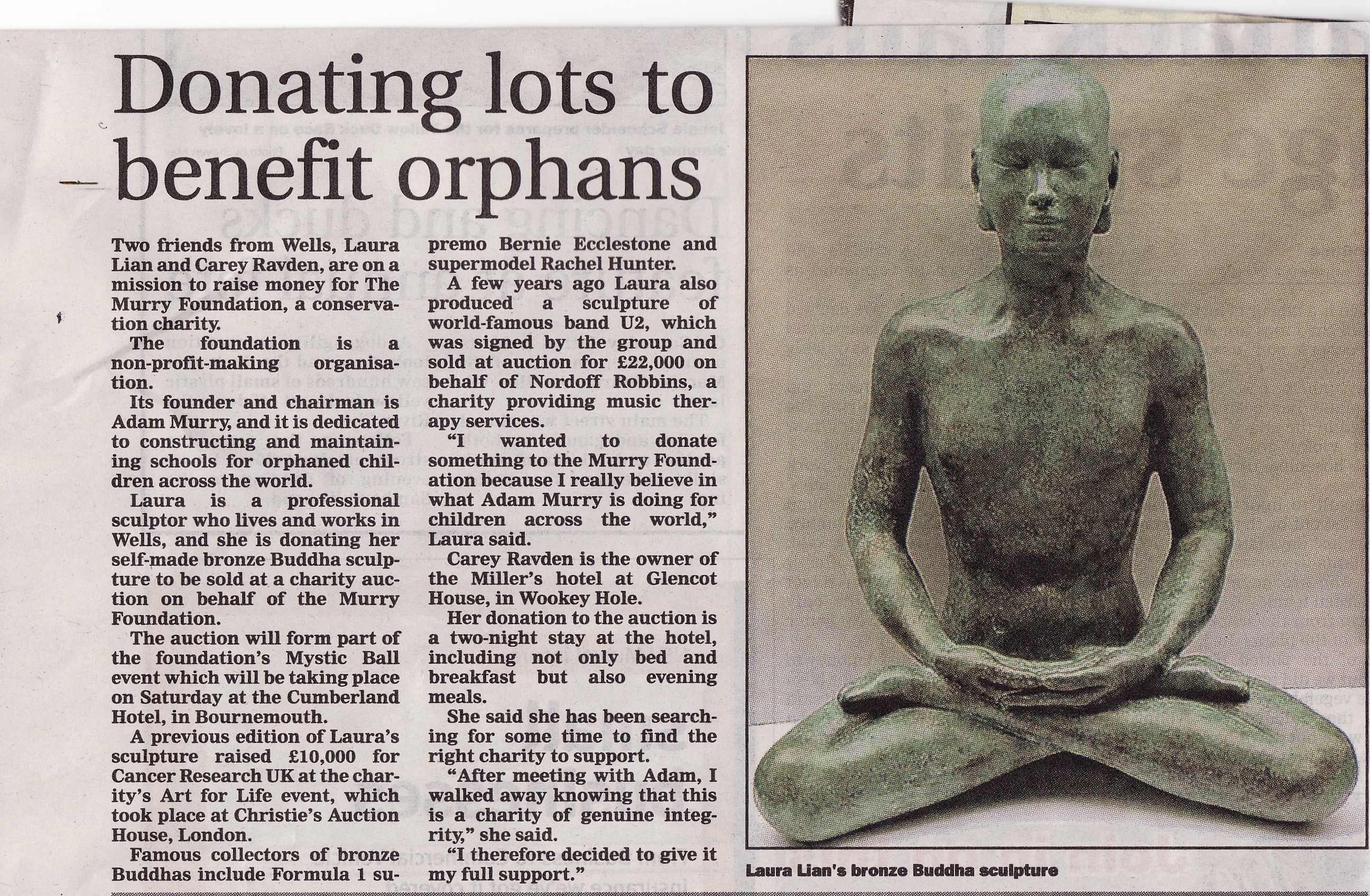 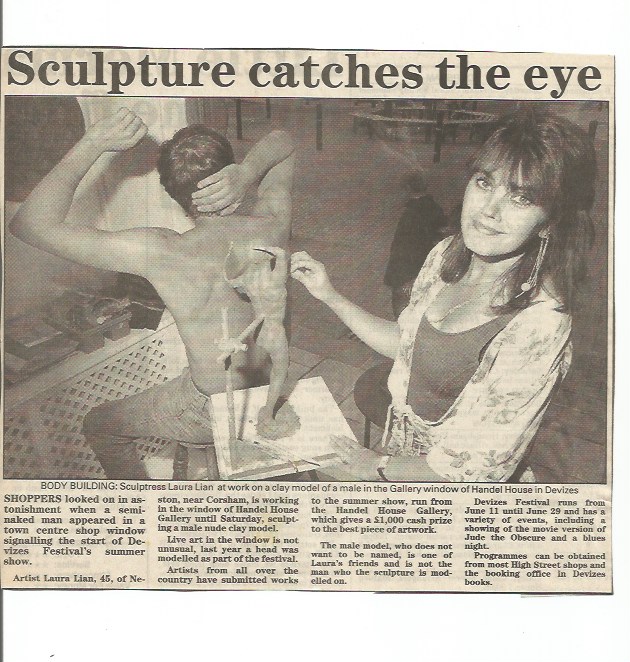 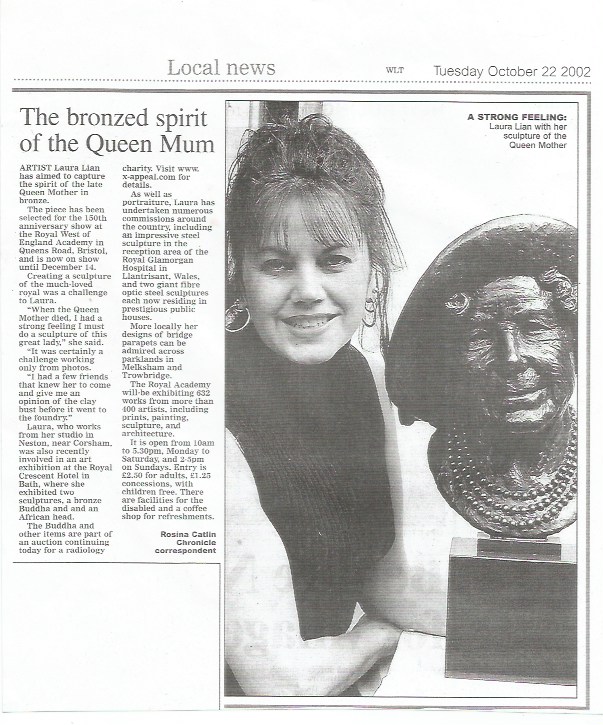 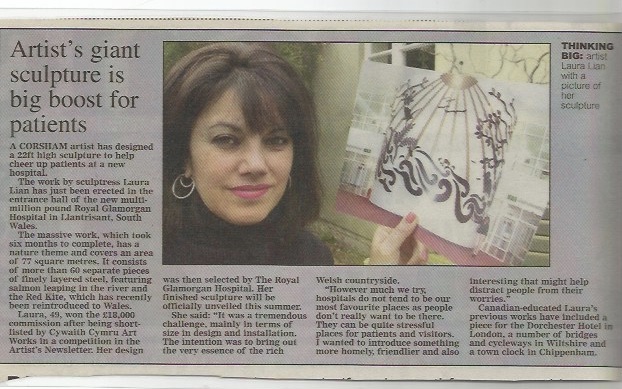 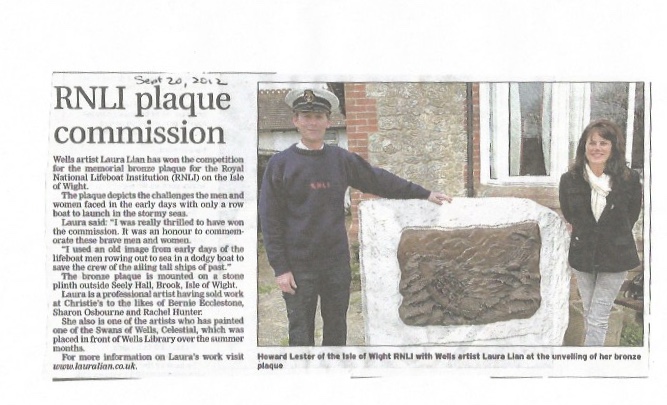 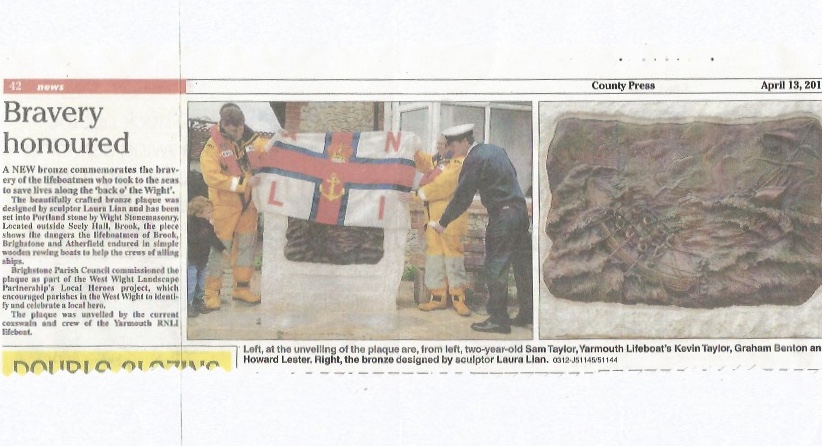